Pakistan’s Prime Minister Imran Khan has ordered an inquiry into the deaths of people trapped in vehicles due to heavy snow and rush in the tourist destination of Murree and adjoining areas.

Hundreds of vehicles have been stranded in Murree and its adjoining areas for the past 24 hours due to heavy snowfall, which has so far claimed several lives.

A statement issued by the district emergency officer of Rescue 1122 engaged in rescue operations released the details of the victims, according to which 20 people, including women and children, have been killed so far.

The chairman of the National Disaster Management Authority (NDMA) said that army and FC personnel were evacuating people trapped in the area.

He said that so far most of the people have been shifted to safer places but he also said that at present they are facing difficulties in delivering heavy machinery.

On the other hand, according to Federal Minister for Information and Broadcasting Fawad Chaudhry, Murree Expressway has been cleared.

Federal Minister Fawad Chaudhry said during a press conference that “millions of people reached these areas in less than 48 hours, which made it difficult to handle the situation.”

In a tweet, Prime Minister Imran Khan lamented the tragedy and said, “I am deeply saddened by the tragic deaths of tourists on the way to Murree.”

He said that the district administration was not ready for the arrival of large number of people without taking into account the unusual snowfall and weather conditions.

“I have ordered an investigation and strict rules to prevent such tragedies.”

Earlier, Punjab government spokesman Hassan Khawar told a press conference in Lahore that rescue teams had been dispatched from Attock and Rawalpindi for Murree.

He said that the incident of killing of tourists would be investigated and action would be taken if any negligence was found.

Hassan Khawar said that assistance has been sought from the Army and Rangers to deal with the situation in Murree and vehicles carrying food, petrol and diesel have been allowed to take them to Murree.

Punjab government spokesman Hassan Khawar was asked who was responsible for the deaths.

In a video obtained from Independent Urdu from Murree, it can be seen that some children and adults are lying unconscious in a car which is not moving. Similarly, in a video made by a tourist trapped in Murree, a man is saying that these people in the car have died due to cold.

A statement issued by the Pakistan Army Public Relations Department said that troops were assisting the civil administration in Murree and troops of Murree Division were assisting in evacuating people trapped in traffic.

The statement said that Army engineers have also arrived to open the main highways and all the machinery of the division are busy in opening the roads.

According to an ISPR statement, Frontier Works Organization (FWO) personnel were assisting in clearing the road with machinery.

In a video message on Saturday morning, Sheikh Rashid said that a thousand vehicles were still stranded on the road to Murree and the help of FC, Rangers and Army personnel had been sought for rescue operations.

In a video statement, he said that so far 16 to 19 people have been confirmed dead who were trapped in their vehicles.

The interior minister did not provide further details on the casualties, but said efforts were being made to evacuate those trapped on the road.

Meanwhile, a statement issued on the Twitter handle of the Punjab government said that all rest houses and government institutions in Murree and adjoining areas have been opened for tourists.

• All rest houses and government institutions in Murree and adjoining areas have been opened for tourists.
• The Chief Minister also gave his helicopter for rescue activities and will take part in relief activities as soon as the weather improves. pic.twitter.com/o5sdTH8lD8

Due to heavy snowfall and rush yesterday, tourists in Pakistan were temporarily barred from going to Murree and Galyat.

Interior Minister Sheikh Rashid Ahmed had said in a statement on Friday night that due to the rush, tourists have been temporarily barred from going to Murree and Galyat, while the Deputy Commissioner of Islamabad, through which most tourists pass, said. Also announced the same.

On the other hand, regarding the journey between Murree and Galyat, the traffic police of Murree has also warned.

The worst situation is expected in the next four to six hours, according to a red alert issued by Murree Traffic Police on Friday.

According to the alert, heavy snowfall and strong winds of 50 to 75 kmph are expected in Murree and Galyat, which could cause snow to accumulate on the trees and cause them to fall.

The traffic police appealed to the people to refrain from going out during this time.

Journalist Sania Dawood is also stranded in Murree with her family. He says he has seen many elderly people there in poor health. (Photo: Sania Dawood)

Barrister Muhammad Ali Saif, Special Assistant to the Chief Minister for Information, Khyber Pakhtunkhwa, said that the concerned departments in the hilly areas were on alert on the directive of the Chief Minister, however, due to the blizzard in Galyat, all traffic was closed.

Muhammad Ali Saif said that hotel owners have been instructed not to check out tourists till the roads are opened. 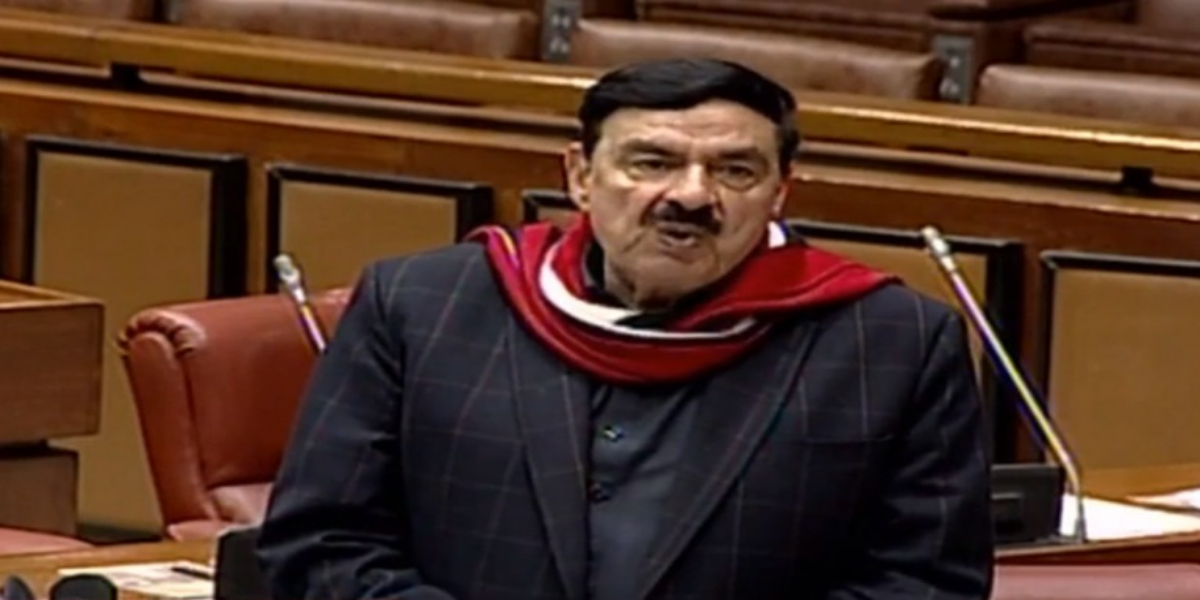