The BJP alleges that it was a conspiracy to assassinate Prime Minister Narendra Modi in Punjab’s Ferozepur on January 5 over alleged lapses in security. However, the video released by the United Kisan Morcha shows that the farmers were actually about a kilometer away from the place where the prime minister’s convoy stopped.

Chandigarh: Amidst the controversy over alleged lapse in security of Prime Minister Narendra Modi’s convoy in Punjab, the United Kisan Morcha (SKM) has serial video Issued and claimed that the protesting farmers were not even near the flyover where Modi’s convoy had stopped on January 5.

In the videos being shared on social media, a group of BJP supporters, holding party flags, can be seen shouting ‘Narendra Modi Zindabad’ slogans just a few meters away from the prime minister’s convoy.

SKM leader Darshan Pal termed it strange to raise questions on the protesting farmers, saying, “It is clear from these videos that those who came close to Modi’s convoy were actually supporters of BJP and saw him shouting slogans for Modi.” can also be seen.

He said that the farmers were actually about a kilometer away from the place where the Prime Minister’s convoy stopped.

In a statement issued by the SKM on Thursday, it was clarified that the farmers protesting on the highway had no idea that Modi’s convoy was going to pass there.

He said that the farmers came to know about this entire development from the media reports after the departure of the Prime Minister.

How did BJP supporters get so close to the Prime Minister’s convoy on January 5.

Let us inform that earlier the Prime Minister was to go to Firozpur by helicopter but due to bad weather the road route was chosen.

He told that after the decision of the Prime Minister to go to Ferozepur by road, no one was being allowed to go through the highway.

However, this security plan went haywire when a group of farmers led by the Bharatiya Kisan Sangh (Revolutionary) suddenly blocked the Moga-Firozpur highway. He was not aware that Modi was traveling by road and he was going by that route.

Several private vehicles carrying BJP supporters were already stuck in the section of the highway where the prime minister’s convoy was stopped about a kilometer away as protesters had gathered.

In this way BJP supporters could come so close to the Prime Minister’s convoy and started shouting slogans for him on the flyover.

According to a statement issued by the Union Home Ministry, Modi returned to the Bathinda airport after being stranded on the flyover for about 20 minutes and unable to proceed. As soon as the Prime Minister’s security team canceled the plan, his rally was also canceled and his visit to the National Martyrs Memorial in Hussainiwala was also cancelled. After that he returned to Delhi from Bathinda airport.

BJP-Congress attacking each other

From giving a memorandum to the Governor of Punjab for conducting a ‘havan’ for the security of the Prime Minister, BJP leaders of Punjab, Haryana and Delhi have been busy for the last three days regarding this issue.

The BJP alleges that the alleged security lapse in the prime minister’s convoy was a conspiracy to assassinate Modi.

At the same time, Punjab Congress chief Navjot Singh Sidhu targeted the BJP during the press conference on Friday.

Sidhu said that the Prime Minister had insulted Punjabiyat during his visit to Punjab by claiming that his life was in danger.

Sidhu said, ‘Farmers sat outside Delhi for more than a year. Did the Prime Minister even visit him for a minute? Had he got down from his vehicle during his rally in Punjab and proceeded, he would have known that no one had any intention to harm him.

Sidhu asked the BJP to stop politics on this matter. He said, ‘Wait for a few weeks and you will get a befitting reply here. Those who talk of President’s rule in Punjab are actually your (BJP) parrots.

The Congress leader said the real objective was to find an excuse for Prime Minister Modi not to attend the Ferozepur rally and to save him from that humiliation by addressing only 500 people at a venue with 70,000 chairs.

“Congress party condemns this kind of politically motivated propaganda and believes that such pretense only undermines the sacrifice of Punjabis who have dedicated their lives for building this country,” he said.

“This kind of petty politics gives unfair advantage to the BJP but it is not good for the people of Punjab. Punjab stands firmly on the front of national security and its credibility is known all over the world. The BJP should stop its futile attempts to divide the society at this stage.

Sidhu stressed that the security lapse is a collective responsibility of the central agencies and the home ministry.

He said that the BJP is deliberately trying to defame the farmers by making such baseless allegations, while the responsibility of the Prime Minister’s security rests with the central agencies.

Senior journalist Jagtar Singh says that this propaganda of BJP is an attempt to defame Punjab so that a narrative can be prepared for the upcoming Uttar Pradesh elections.

Jagtar Singh asked, ‘How can farmers sitting about a kilometer away from the Prime Minister’s convoy be a threat to his life?’

He said that if there was any security lapse during Modi’s visit, then it has to be investigated by the investigating agencies.

“To say that he was attacked that far away is unbelievable and a ploy ahead of the elections,” he said.

Meanwhile, social media in Punjab was flooded with posts and tweets regarding this issue and hashtags like ‘stopmalinepunjab’ and ‘weelvpunjab’ kept trending in the last two days.

Meanwhile, different investigative agencies have already started investigation regarding the alleged security lapse of the Prime Minister. After the formation of the inquiry committee by the Punjab government, the Union Home Ministry also constituted a similar committee and started the investigation.

A central probe team was in Ferozepur on Friday and went to the flyover at the same place where the prime minister’s convoy was stopped.

When the central investigation team reached the place where the Prime Minister’s convoy was stopped on the flyover, all the senior officers of Punjab Police including Punjab DGP were present there.

The team inquired about the developments on the flyover during Modi’s visit on January 5 but did not speak to the media present there.

Punjab Chief Secretary Anirudh Tiwari, on the other hand, submitted a report to the Home Ministry, stating that an FIR has been registered in the matter and a two-member committee of the Punjab government has already started an investigation into the matter and it will take three steps in this regard. Report can be submitted within days. Fan made such a demand from Rohit Sharma, Hitman solved the problem in a pinch 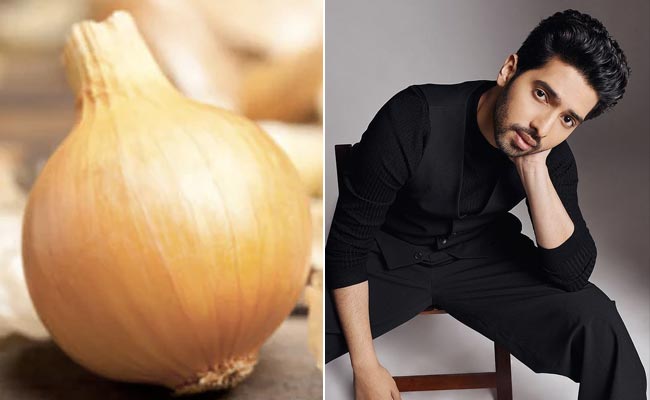