According to the initial post-mortem report of student Noshin Kazmi, who was found dead in Chandka Medical College hostel on November 25 in Larkana, she died by hanging.

According to police, Noshin’s body was found hanging from a fan in Room No. 47 on the first floor of Hostel No. 2 of Chandka Medical College on the afternoon of November 25.

Saeed Ahmed, SHO of the concerned police station, said that a separate SIM was also recovered along with Noshin’s mobile phone which was sent for forensics.

Noshin’s father Syed Hidayat Ali Shah is the Deputy Director of Child Protection in the Social Welfare Department of Dadu District of Sindh while Nana Ustad Bukhari was a renowned poet of Sindh.

According to a copy of the report received by Independent Urdu, his death occurred by hanging. He had rope marks on his neck and blood stains were found inside his lungs.

The report clearly states that there were no signs of violence on his body.

According to the report, the body parts of the student have been sent to the government laboratory for chemical examination, after which the final post-mortem report will be released.

The Vice Chancellor of Benazir Bhutto Medical University said that they have formed a five-member fact-finding committee headed by Professor Safdar Ali Sheikh on the issue, which will report back in five days.

Noshin was a 46th batch student of Chandka Medical College. His classmate Dr. Imran Barero said that after the incident, all the students were informed by the Vice Chancellor that Benazir Bhutto Medical University and all its affiliated medical colleges and hostels were being sealed. Empty your hostel.

“Not only that, but our exams were also postponed and it was said that a new date would be announced soon.”

Dr. Imran quoted Noshin as saying that she was very quiet.

“I’ve never seen them talk to anyone, not at all to boys. I remember she was very veiled. She often covered her hands and feet.

‘No girl slept in hostel all night out of fear’

Noshin’s roommate, who hails from Quetta, said on condition of anonymity that Noshin was alone in the room at the time. When I tried to open the door of the room, the door was locked from inside.

The door did not open despite knocking, so I peeked out of the room window. I saw that Noshin’s body was hanging from the fan.

“After that I asked the girls around for help and the management came and broke down the door. We saw that she was hanging from the fan and her legs were on the table.

“Everything was so scary that I spent the night in another girl’s dormitory room,” he said.

“I can’t believe it happened. Noshin did not say anything. She did not talk much and kept a canopy on her part of the room.

Dr. Saima, a resident of the ground floor of Hostel No. 2 and a classmate of Noshin, said, “I was studying in my room that day. A senior beach girl came to us and told me that one of your beach mates had committed suicide upstairs.

“When I arrived at Noshin’s room, there were already some girls and the door to the room was open.”

He further said that after entering the room, I saw Noshin Kazmi in the same condition as they are showing in the pictures and videos.

“Shortly after the administration came, they removed us from there. After seeing all this, we were all mentally disturbed and shocked.

“No one slept in the hostel that night. After the accident of Noshin Kazmi, there was fear in the hostel all night, no girl could sleep.

A separate SIM was also found along with Noshin’s phone: Police officials

DIG Larkana Mazhar Nawaz Sheikh said, “Police have obtained all the evidence related to the scene in this case and sent it to the forensics. However, it is too early to say anything about the death.”

He said that only after investigation will it be known if there is suicide then what were the reasons?

He said that SSP Larkana Imran Qureshi and SSP Qambar Shahdadkot Dr Sameer Noor Channa were themselves investigating the matter.

According to SHO Rehmanpur Police Station Saeed Ahmed, a note was also found near the body which said, “I am not under any pressure. I am doing this of my own free will.

He said that apart from this note, other notebooks, USBs, mobile phone and a separate SIM were also recovered from the spot.

He said that the process of matching writing in notes and other notebooks was in progress. However, after the medical report came out, it became clear that this was a case of suicide.

“Nosheen’s fingerprints were also found on the fan from which the body was found hanging, while there was dust on his fingers which could be that of a fan.”

“We just need to know why he committed suicide.”

Noshin’s father Syed Hidayatullah Shah said he was informed of his daughter’s death by the college administration over the phone.

When we reached Larkana from Dadu, we were first taken to the hostel room where Noshin was in the same condition.

“After my permission, the body was taken down and then sent for autopsy.

“I think there have been suicides at Chandka Medical College before. My daughter was very religious, I am sure she will not commit suicide, so I have many concerns about this incident.

He said he did not want any JIT on the issue. “If it’s really suicide, then we just want to know why they did it.

‘Maybe something came up after the forensics. We have not registered a case yet but if need be we will file a case.

“One week ago, my eldest daughter was engaged and Noshin had come home,” he said.

According to Advocate Nighat Dad, founder of the Digital Rights Foundation, sharing photos and videos of Noshin’s death on the Internet, and especially on social media, is highly insensitive and wrong.

“The right to privacy belongs to anyone, whether alive or dead, it is associated with their dignity,” he said.

“When people spread such images, even to inform the public, it violates the privacy of the deceased.

He asked how a person who has passed away could allow people to share their photos on social media.

“Social media platforms have a responsibility to remove such posts when they are reported.”

Arts Council, an exhibition of handicrafts for the disabled

Lahore: Videos of alleged buying and selling of votes in NA-133 go viral

The present government is killing the poor economically, Nisar Khorro

In Defense Phase 6, a speeding vehicle went out of control and collided with the sidewalk and overturned. Two persons were killed, one Faisal and 25-year-old Ali Ahmed died on the spot. The injured Amir was shifted to General Hospital for medical treatment.

Arts Council, an exhibition of handicrafts for the disabled

Lahore: Videos of alleged buying and selling of votes in NA-133 go viral

The present government is killing the poor economically, Nisar Khorro

In Defense Phase 6, a speeding vehicle went out of control and collided with the sidewalk and overturned. Two persons were killed, one Faisal and 25-year-old Ali Ahmed died on the spot. The injured Amir was shifted to General Hospital for medical treatment.

No girl could sleep in hostel that night after Noshin's suicide

Officers of the company set up special control room at SNGPL Peshawar office will be available 24 hours a day for immediate redressal of customer complaints, spokesperson Sui Northern said. 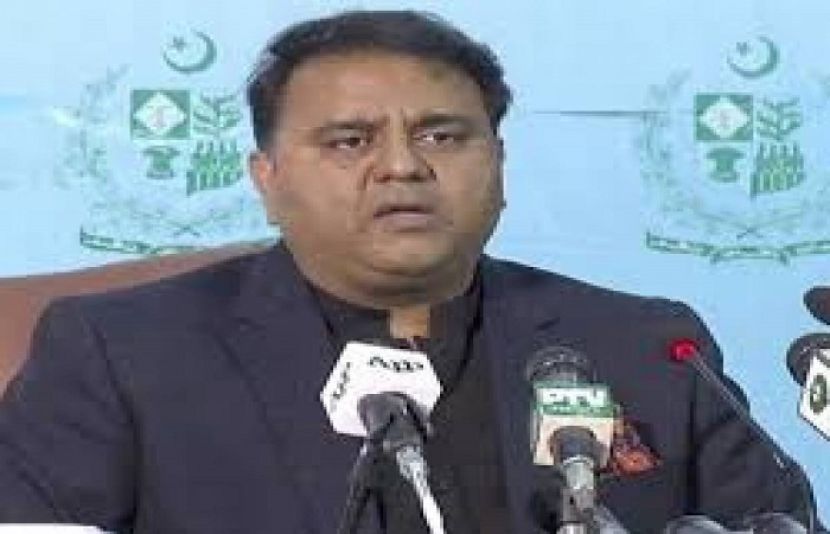 There is no leader in the country except Imran Khan, there are other dwarfs besides him: Fawad Chaudhry 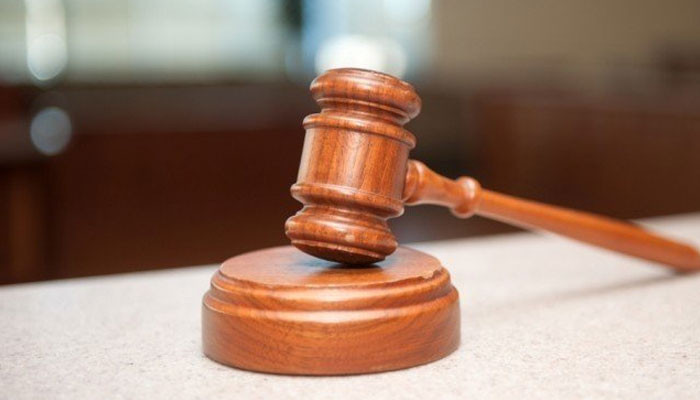 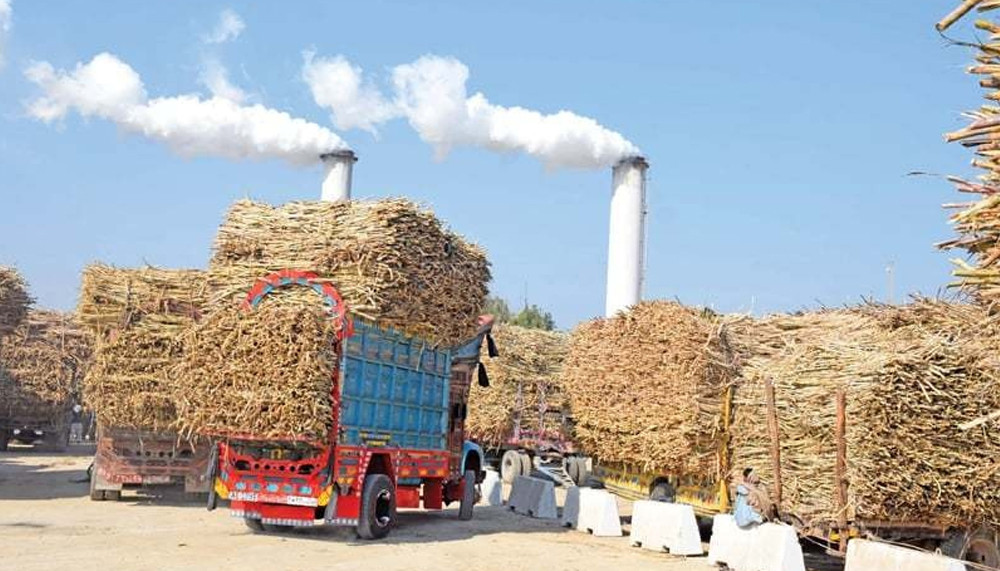