The National Assembly of the Pakistani Parliament on Thursday passed the Government Finance (Supplementary) Bill 2021 with amendments after five hours of proceedings.

Federal Finance Minister Shaukat Tareen while presenting the amendments in the supplementary finance bill before the House said that the proposals to impose general sales tax on consumer goods have been withdrawn.

The opposition in the National Assembly moved a motion to seek public opinion before the debate on the supplementary finance bill began in the House, which was rejected by 168 votes to 150.

However, in a later count, the number of opposition members dropped to 146 and government MNAs to 163.

It may be recalled that Federal Minister for Finance Shaukat Tareen had on December 30 in the National Assembly introduced the Finance (Supplementary) Bill 2021, which proposed new taxes and abolition of tax exemptions, which would add Rs 350 billion to the government’s annual revenue. Will lead to an increase.

The bill taxed double bread, bakery items, baby milk, imported cars and many other items or withdrew the tax exemption.

The amendments introduced in the Finance (Supplementary) Bill 2021 by Finance Minister Shaukat Tareen and passed in the House will result in change in taxes and duties on the following items.

2. However, the sale of these items in large stores (first tier retailers), restaurants, food chains and sweet shops will be taxed.

6. No general sales tax will be levied on 200 gram cartons of milk.

9 Federal excise duty will remain the same on all imported vehicles.

10 The duty on locally manufactured 1300 cc vehicles will be 2.5%, which is less than the previously proposed 5%.

12 Locally manufactured vehicles over 2100 cc will be subject to 10% duty.

Federal Finance Minister Shaukat Tareen responded to every objection raised by the opposition leaders on the supplementary bill, while he himself proposed amendments to the bill.

Responding to various objections and questions, he said that double bread, milk and many other items including laptops would not be taxed, while the proposed taxes and duties on vehicles have also been changed.

He said that the purpose of the supplementary bill was to document as many citizens as possible, so that people could pay taxes and increase government revenue.

He added that without raising the tax-to-GDP ratio from 18 to 20 per cent of the population, it would not be possible to take growth to 6-7 per cent.

The Federal Minister of Finance said that retail sales in Pakistan are Rs. 18 to 20 trillion annually, in contrast to which only Rs. 3.5 trillion business is documented.

He further said that out of the taxes of Rs. 343 billion imposed through the Finance (Supplementary) Bill 2021, Rs. 280 billion would be returned to the taxpayers while the government would have only Rs. 71 billion.

“This supplementary bill does not impose a tax, but only a matter of documentation, which everyone runs away from, because being documented will impose income tax on them, which they do not want to pay.”

He assured the House that the supplementary finance bill would not cause any increase in inflation in the country and would not adversely affect the living standards of the people.

He said that PTI government would provide huge loans during next year which would benefit the poor.

Shaukat Tareen said: “The IMF was pressuring the Pakistani government to impose a tax of Rs 700 billion, but it was not accepted, only taxes were levied on things used by the rich.”

He said that the country’s economy was improving due to the policies of the PTI government and it would see further improvement in the coming year.

Proceedings of the House

As the National Assembly convened on Thursday evening, Speaker Asad Qaiser allowed the introduction of the Finance (Supplementary) Bill 2021, ignoring other items on the agenda, which was opposed by members of the opposition.

Syed Naveed Qamar of the Pakistan Peoples Party and Ahsan Iqbal of the Pakistan Muslim League-Nawaz said that the agenda of the action included discussion on the recommendations of the Senate on the financial supplementary bill, which must be done.

Speaker Asad Qaiser on the opposition’s objection said that the recommendations of the Senate were discussed on Tuesday.

Shazia Murree of the Pakistan People’s Party and other members of the opposition suggested that the public’s opinion be sought before the debate on the supplementary finance bill begins in the House.

He said that the bill is likely to affect a large section of the population of the country, so it is necessary to get the opinion of the people on it, which will be in accordance with the law and the constitution.

On the discovery of Speaker Asad Qaiser, Federal Minister for Finance Shaukat Tareen opposed the proposal.

However, Shahid Khaqan Abbasi of PML-N demanded a count of those who supported and opposed the proposal, which was accepted by the Speaker.

150 MNEs supported the amendment, while 168 opposed it, and the opposition’s proposal for a referendum was rejected.

After the rejection of the opposition’s proposal, the Speaker started a clause-by-clause discussion on the Finance Supplementary Bill, in which besides the members of the Opposition, the Finance Minister Shaukat Tareen also presented amendments.

Finance Minister Shaukat Tareen opposed all the amendments tabled by the members of the opposition, on which the Speaker verbally asked the MNS every time and announced the rejection of the proposals.

Opposition members of the National Assembly demanded that Speaker Asad Qaiser be counted on the challenge of voting on each amendment by voice, citing National Assembly rules in this regard, but the Speaker continued to reject this demand.

On one occasion, Federal Minister for Defense Pervez Khattak even said: “These people are wasting time, and Mr. Speaker, like in the past, you should also bulldoze and escalate the action.”

Speaker Asad Qaiser made it clear to the opposition that after the count, all other amendments would be voiced by the members, and no counting would be required.

Talking about an opposition amendment, former Prime Minister Shahid Khaqan Abbasi said that taxing the pharmaceutical industry would increase the price of medicines, while the supplementary finance bill would also increase inflation in the country in general.

He said that if the IT industry is already documented then what is the need to impose more taxes on it?

PPP leader Bilawal Bhutto Zardari said that the finance minister had promised in his budget speech that no tax would be levied but now he is backtracking.

During the proceedings of the House, there were minor scuffles between the opposition members and the Speaker, and the PML-N and PPP leaders criticized several decisions of the PTI’s Asad Qaiser, but at one stage their political He also accused the party of supporting him.

On one occasion, Speaker Asad Qaiser mentioned the suspension of the rules, then Ahsan Iqbal of PML-N folded his hands in front of him and said that it should not be done, and the debate on the bill should be given full two days so that every member can talk about it. Could do

PPP’s Naveed Qamar said: ‘It seems that all this is being done at gunpoint. Are we doing all this secretly in the dark of night? ‘

Niece Had Come To Meet The Maternal Uncle With A One-year-old Daughter, Then Something Happened That Reached The Jail ANN 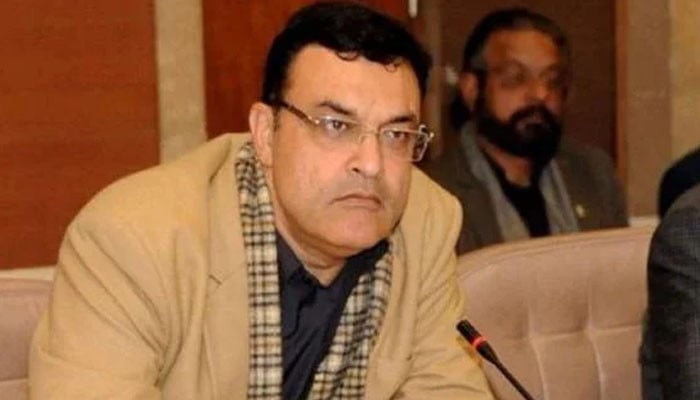 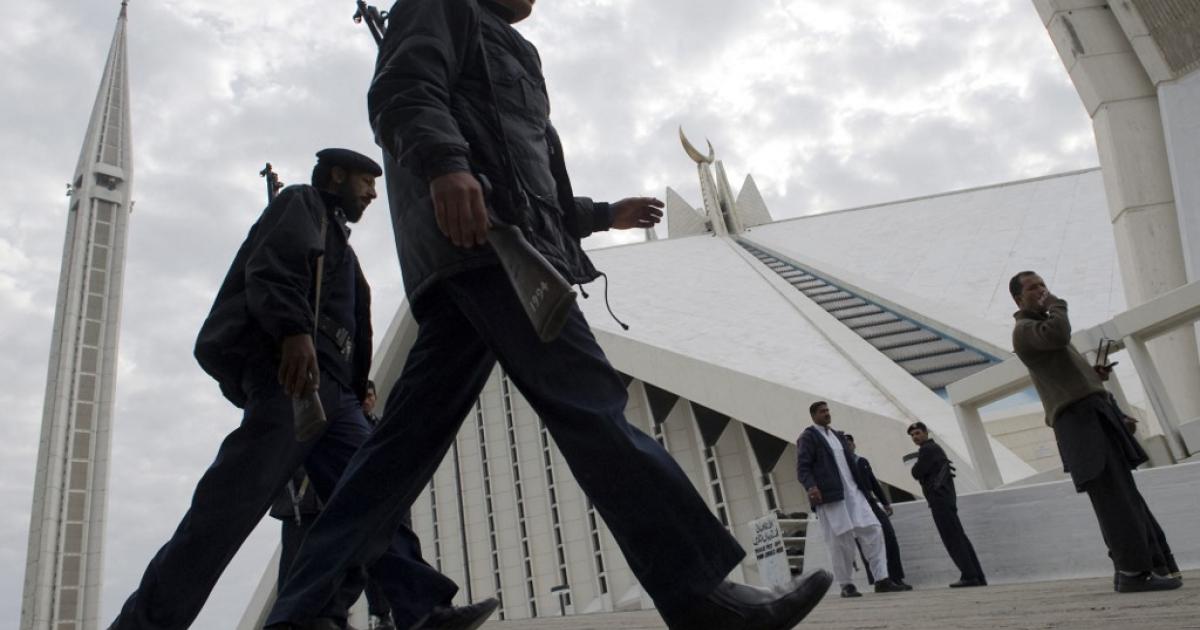 ‘Security high alert’ in Islamabad after terrorist attack on policemen 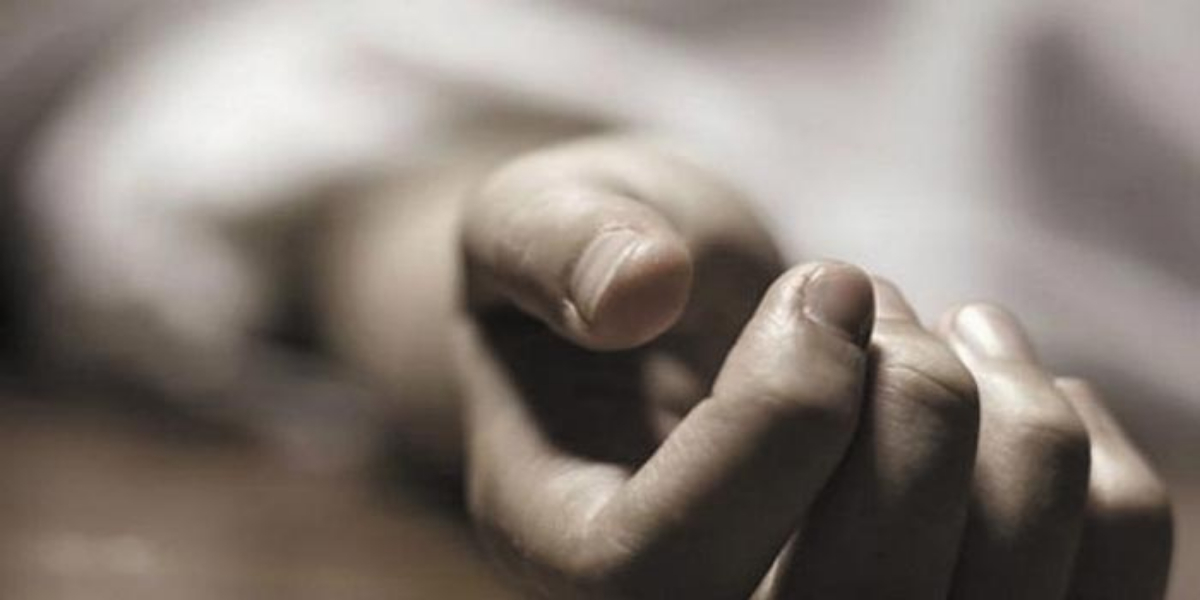