A sudden fire broke out in the Hero Workshop located in Chhitnawa under Maner police station of Patna on the first morning of Friday. There was chaos as soon as the fire started. Neighbors informed the fire brigade. On receiving the information, fire brigade officer Inderjit Kumar reached the spot along with the team force and started trying to control the fire. The flame of the fire was so strong that it was difficult to put out the fire. Not only this, due to the availability of Mobil and Diesel in the workshop, the flame of the fire was increasing very fast.

To control this, the fire brigade was worked rapidly at the place of fire by mixing the quantity of fog with water. Meanwhile, parts of many vehicles kept in the workshop and office papers were burnt to ashes. According to the fire officials, the cause of the fire is being told as short circuit. Fire brigade officer Inderjeet Kumar said that on the early morning of Friday, they got information that a fire had broken out in the workshop. He said that three big and three small vehicles of fire brigade were used to douse the fire. Not only this, the fire could be controlled by adding the amount of fog to the water. Property damage assessment is underway.

Neighbors told that if the fire brigade had not arrived soon and the fire was not brought under control, then a bigger accident could have happened. Fire squad officer Inderjeet Kumar said that after seeing the senior officials of the fire brigade, many guidelines and measures and suggestions were taken to control the fire. In this, the fire was brought under control at the earliest by using fog mixed with 140 liters of water.

Modi stopped speaking as soon as there was a problem in the teleprompter, see the whole truth in the video

Liquor will be available from door to door in Madhya Pradesh, know what is the ‘new liquor policy’ of Shivraj government 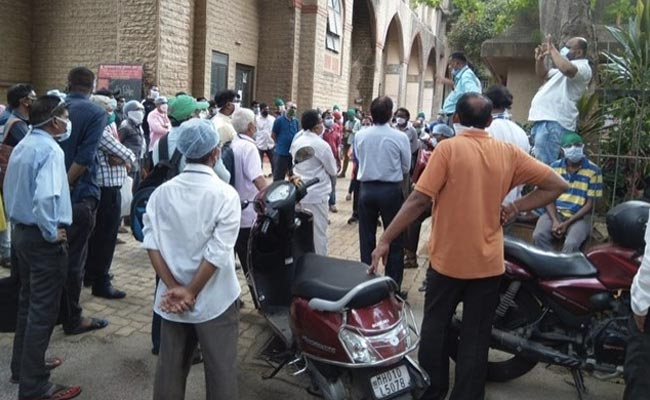