Mumbai: Vigilance by police saved nurse’s life. The young woman who was thinking of suicide was arrested by the police at the right time. After that, his family members were contacted. The girl was returned to her family.

Staff from Khar Police Station knocked on the door of a hotel room in Andheri East as room service boys. A 22-year-old woman answered the door. She hadn’t eaten anything for 24 hours. The girl had come to the hotel with the intention of committing suicide. The police found a blade, a knife and a scarf in his possession.

After detaining the young woman, the police questioned her. The investigation revealed that the young woman worked as a nurse in a hospital in the western suburbs. The young woman works as a nurse from December 2021. She was stressed because of too much work. The police found the girl using mobile tracking.
Happy next birthday! Sulfur mixed in a cake, suicide of an engineer with his wife and daughter
The young nurse had shown her real credentials at the hotel reception. On July 27, she went to the hotel. The hospital filed a complaint with the police after finding that the nurse was not at work. On July 27, at 4:30 p.m., the hospital reported the nurse missing.

The young woman told the police that she was stressed because of too much work. Thoughts of suicide constantly came into my mind for a few days. The young woman told Assistant Police Inspector Santosh Kanse that she wondered why she was living. Kanse was included in the police team that rescued the girl.
The mobile phone that fell from the balcony lost its balance while leaning over to look at it; Three-and-a-half-year-old girl dies in Vasai
As soon as the complaint about the girl’s disappearance was received, the Khar police changed the sources. DCP Manjunath Singe and his team were instrumental in locating the girl. After the discovery of the girl, her family was contacted. The girl’s mother and father are in Sangli. As soon as he got the information about the girl, he immediately left for Mumbai. 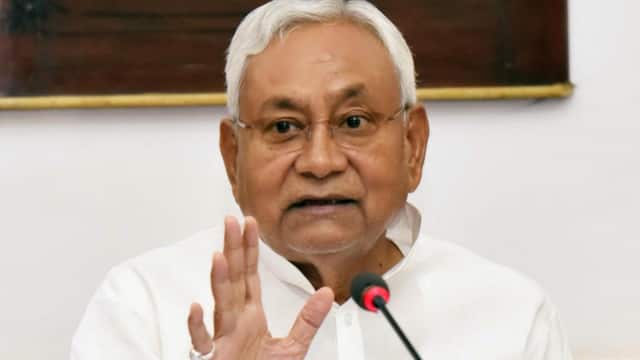