Mumbai: Actor Rajkummar Rao is popular for his effortless, natural and powerful acting. He firmly planted his feet in the Hindi film industry by working hard. Many films have given blows. He also received a national award. A few months ago, Rajkumar and Patralekha got married.

Amid pregnancy rumours, Bipasha wrote a special post for her husband Karan, saying…

After marriage, Rajkumar bought a new house in Mumbai. A house is an apartment. This house was bought from actress Janhvi Kapoor. Its price is 44 crore rupees. Many people are shocked to hear this number. But the wealth of Rajkummar Rao is there.

According to sources, Janhvi Kapoor bought this flat for 39 crores in 2021. Now she has sold it to Rajkumar for Rs 44 crores. Janhvi earned 5 crores. This apartment is in Juhu. The name of the building is Lotus Arya. This building belongs to the famous producer and builder Anand Pandit.

Rajkumar Rao’s apartment is 3,456 square feet. The price per square foot is Rs 1.27 lakh. This is a luxury triplex apartment.

Sonu Sood is very romantic, so he wrote a love letter to his college girlfriend!

Rajkummar Rao and Janhvi Kapoor worked together in the movie Ruhi. It was a horror comedy. Varun Sharma was also present. The audience loved the film. But this film was also damaged during the Corona period.

Actor Rajkummar Rao follows a strict diet and exercise regimen to look and feel different in every role and movie. His transformation into himself for ‘Badhai Do’ and ‘Chhalang’ is in front of his fans. Right now, Rajkumar says he follows the principle of “eat, sleep, exercise and repeat”. “Swimming, sports and adventure activities should be part of your life. It gives your body a great workout as well as your mind,” Rajkumar told fans. 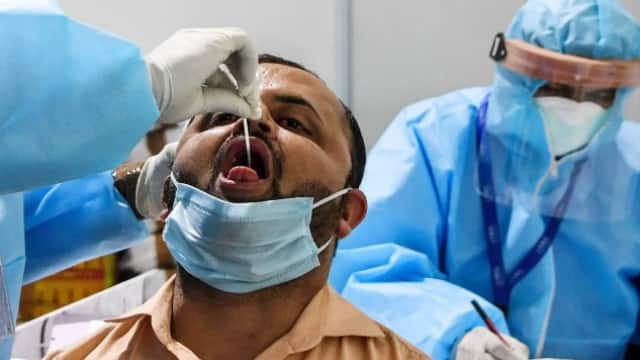