Let us now examine the major events that took place in the countries of the world today.

Pope declared cultural genocide, tax evasion case Shakira today world news: Pope Francis admitted on Saturday that the attempt to eradicate Indigenous culture in Canada through a church-run residential school system is a cultural “genocide”. Speaking to reporters en route to the Vatican from Canada, Francis said he did not use the word on his trip to atone for the role of the Catholic Church in schools because it did not occur to him. in mind.

The Truth and Reconciliation Commission of Canada determined in 2015 that the forcible removal of Indigenous children from their homes and their assimilation into residential schools constitutes “cultural genocide”. From the late 1800s to the 1970s, approximately 150,000 children were subjected to a policy of forced assimilation, a policy aimed at making them fully Christian and Canadian citizens. Physical and sexual harassment was rampant in schools, and children were beaten for speaking their native language.

“I didn’t use that word because it didn’t occur to me, but I was describing genocide, right?” said Pope Francis. “I apologized, I apologized for this act of genocide.” Pope Francis said he has repeatedly condemned as a “disaster” the system that attempts to sever family ties and impose new cultural beliefs on generations of indigenous people.

Case asking for 8 years in prison for singer Shakira

A Spanish prosecutor has requested more than eight years in prison and a fine of 23 million euros ($23.51 million) for Colombian superstar Shakira in a 14.5 million euro tax evasion case, reports the Spanish newspaper El Pais on Friday.

The prosecutor’s office and representatives for Shakira were not immediately available for comment.

Pop star Shakira this week turned down a settlement offer from the prosecutor’s office to end a fraud case that accused her of failing to pay taxes between 2012 and 2014, a time during which Shakira says she does not live in Spain.

Spanish Prime Minister Pedro Sánchez is ditching his tie and wants ministers and office workers to follow his lead so they can save energy by staying cool. 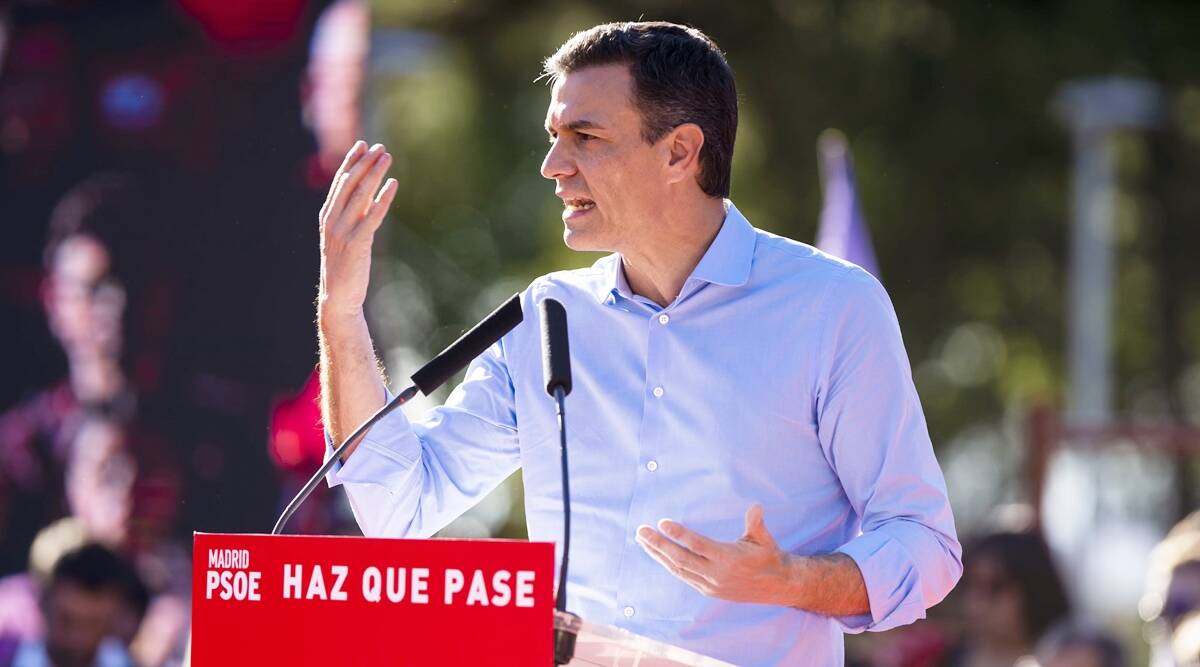 “I don’t wear a tie, I asked my ministers not to,” Sanchez said during a speech in which he wore a blue suit and white shirt. He asked companies to allow employees to work without a tie, which could contribute to “energy savings”.

On August 1, Sánchez’s government will approve an energy efficiency and savings plan, joining other European countries in adopting similar measures.

He did not say how avoiding wearing a tie would help save electricity, but the Department of Environmental Change, which oversees energy policy, is already running air conditioners 27 degrees Celsius hotter than usual in the measures to reduce electricity consumption.

Get All Tamil Indian Express News Instantly on Telegram App

Students create a bridge chair for the teacher to help them get into school, watch the video here

Janmastamy in India and Abroad: What is Janmastamy, How it is Celebrated, Rules and Regulations

The optical illusion can you spot the hidden bear in 8 seconds, you’re smart