The Municipal Corporation’s house was chaired by Mayor Satya Kaundal.

The councilors of the Municipal Corporation do not only want new areas to be merged in the corporation. In such a situation, the councilors in the house have opposed it. On Monday, there was a special house of the Municipal Corporation. The councilors in this house have clearly stated in the house that when some wards were merged in the year 2006, they are not getting full facilities yet. In such a situation, what will be the benefit of creating new wards? The councilors said that the land of New Merge Area has not been transferred from Panchayat to MC.

There is also a problem in getting many works done there. In particular, there are obstacles in getting the development works done. On which the councilors unanimously said that there is no benefit in creating new wards. Barring the deputy mayor and councilor of Shanti Vihar, all the other councilors have opposed the area being merged. In the Special House, Mayor Satya Kandal said that the proposal of the councilors’ protest will be sent to the government.

Uproar in corporation house regarding water supply
These days people are getting water for the third day in the city. Due to which people are facing water scarcity even in winters. In such a situation, the councilors created a ruckus on this issue in the house of the Municipal Corporation. In fact, the councilors argued that why people are facing water scarcity even in winters. To which the company replied that the supply is getting affected due to low voltage.
On this, Councilor Kimi Sood raised the question in the House that why people are getting water on the third day. Along with this, the city is moving towards smart city, so people should get smart facilities. But the company is still doing away with saying low voltage, which is wrong. The councilor told that the public asks him that water is not available in summer, now there is a problem even in winter.

In opposition to this councilor: Councilor Diwakar Dev Sharma said why the Panchayati area should be included in the Municipal Corporation. The reason for this should be clear. But it is not completely clear. When the wards were merged earlier in 2006, they were merged under one scheme. The population was said to be two lakhs. The grants of the wards which were merged have also been reduced. That is, even the merge wards are not getting the facility, so why should the Panchayati area be included in the MC.

Councilor Vivek Sharma said that to include the Panchayati area, people should be asked whether they want to join the corporation or not. If he agrees then he has no problem. While most of the people are opposing it. The Municipal Corporation should know about this. Councilor Rakesh Chauhan said that the area which is being included in the municipal corporation, it is necessary to take those people into confidence.

So far it has come to see that the facilities which have been merged earlier are not available there. Apart from this, he also told that people in Kasumpti and Malyana ward want to join MC, they should be included. Those who themselves have written a letter to the government to join, but the MC did not include that proposal.

Didn’t do anything for the merge area before one and a half decade
No development has been done so far in Shimla Merge Area. Majyath, Vikasnagar, Patiyag, Chalanthi and Tutu have been merged into the Municipal Corporation. Whereas these areas have not been developed for one and a half decades. In such a situation, the question is that if there is no development in these areas, then there is a plan to merge the new areas, what will be the benefit from it. The facilities in the merged areas in Municipal Corporation Shimla are negligible. These wards are still deprived of basic facilities like water, sewerage and street lights. Despite this, the corporation is collecting tax from the people living in these areas, which has no justification.

These two councilors gave their consent
Deputy Mayor Shailendra Chauhan and Shanti Bihar Councilor Sharda Chauhan have come in support of the merge area. In this, the deputy mayor has argued that when the corporation is providing garbage and water facility from the area of ​​the panchayat, then what is the problem in joining the MC. Along with this, Councilor Sharda also agreed that when her son comes home in the panchayat area and he himself wants to join the MC.

This work was done in Corporation House

BUDGET 2022 : Demand To Reduce GST On Two Wheelers To 18 Percent In The Budget, Automobile Dealers Request

Before the elections, there was a big change in the PM Kisan Yojana, know what will be its effect on the farmers

This is the best investment opportunity in India, Modi’s message to the world through Davos

In 2021, the income of 84 percent of the households of the country decreased, the number of billionaires increased: Report

Anil Vij blamed Delhi for the increasing cases of corona in Haryana, then Satyendra Jain gave this answer

BUDGET 2022 : Demand To Reduce GST On Two Wheelers To 18 Percent In The Budget, Automobile Dealers Request

Before the elections, there was a big change in the PM Kisan Yojana, know what will be its effect on the farmers

This is the best investment opportunity in India, Modi’s message to the world through Davos

In 2021, the income of 84 percent of the households of the country decreased, the number of billionaires increased: Report

Anil Vij blamed Delhi for the increasing cases of corona in Haryana, then Satyendra Jain gave this answer 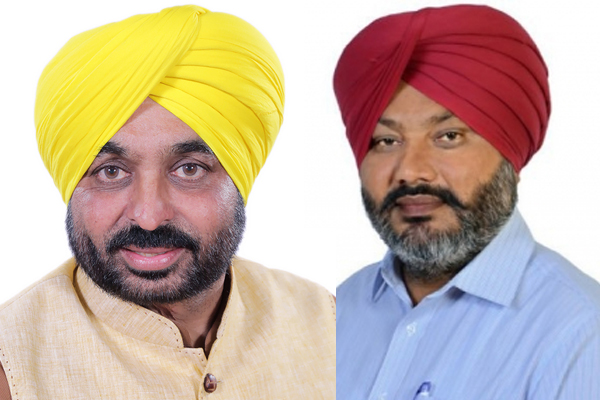