Knowing Egypt may seem easy. In 2019, before the pandemic, more than 13 million tourists visited the country, and it seems likely to think that many of them returned home with the idea that they knew every detail, every riddle and hieroglyph inscribed in the ancient country of the pharaohs. It is easy to convince ourselves that we know a new land when we travel, step by step, almost to the millimeter, the tourist circuits from which few visitors ever escape. But nevertheless, when a tourist asks in Egypt about the current situation of Coptic Christians, the response of the locals seems to be taken from a script and rarely varies. They assure us that they coexist without problems, almost like a king, with full rights and freedoms as any other Egyptian does, and they affirm with national pride that the country is a secular state and that, therefore, the situation of its citizens regardless of their religion. Then it would be necessary to dig, take a foot off the tourist circuits, ask less and observe with greater intensity to know the situation that Coptic Christians have experienced since the Arab uprisings of 2011.

The term Coptic comes from the Greek word A… gÚptioj (aigyptios), whose literal meaning is “Egyptian”. The word was transliterated into Arabic as قُبْط (qubt). From the latter comes the name used in Castilian, so we can assure that the word Coptic, until its current term, was used in previous centuries to designate all the Egyptian people, regardless of the religion he professed. Today in Egypt the Coptic (Christian) population is divided into Catholics and Orthodox, the latter being a vast majority, some 9.5 million inhabitants, around 10% of the country’s population.
Being a Christian in Egypt since the arrival of Islam in the 7th century is not an easy task. But we must also understand that Egypt is a country in permanent transformation, and the situation of Christians was not the same in the 10th century as in the 15th, nor has it been the same in 2009, 2013 or 2020. The positions towards them of the different governments have varied on a regular basis, and the same It has happened with the acceptance they receive from the Muslim population. To know the real situation of the Copts in the 21st century, it is essential to take a tour from the outbreak of the Arab uprisings in 2011 to today.

The long governments of Gamal -Abdel Nasser y de Hosni Mubarak they were characterized by a conditional and certainly capricious support of Muslim societies, which became key allies in maintaining power in Egypt. The use of a nationalist Islam, with political and ideological bases firmly established in the Muslim religion, were very useful for the authoritarianisms that ruled the country during the second half of the 20th century and the first decade of the 21st century. In this way, Muslim societies allowed the two leaders to hold power for decades, while presidents granted Muslims a series of privileges that no other religious group enjoyed. This allowed the power and influence of groups such as the Muslim Brotherhood, which later would play a key role in Egyptian politics and the situation of Coptic Christians.

With the arrival of the Arab uprisings, the Egyptian political map began to take on a new shape, whose foundations still remain today: those who participated in the demonstrations against the Mubarak government later took a piece of the electoral cake; those who preferred to remain on the sidelines simply lost their seat in power. Although in the first days of protests it was possible for any sector of Egyptian society to participate in them, thus facilitating cooperation between different social and religious groups and thus opening the door to a plural and tolerant Egypt, different organizations of The nationalist and Islamic courts quickly took center stage. What started as a social movement became a political pulse where there was no room for religious minorities like the Copts.

Five groups took command of the revolts: the youth (mostly Muslims), the group Kifaya (Nasserists, Muslims and Marxists), the April 6 Movement (a group of young Muslims), the National Association for Change (a hodgepodge of undefined ideologies) and the Muslim Brotherhood (Islamist organization today classified as a terrorist by the Egyptian Government). Despite the fact that the union of these five groups allowed the fall of President Mubarak after decades of repression, and its primary objectives were worthy of applause by the international community, the fact that not a single organization included among their demands the improvement of the situation of the Coptic Christians, and the values ​​of Christianity did not appear anywhere. Although the Copts were initially present in the demonstrations against the Mubarak government and had a presence in both the Kifaya group and the Movement April 6They did not obtain electoral revenue, which reaffirmed their exclusion within Egyptian society.

Of the five parties that stood in the elections to the Parliament of 2011 after the fall of Mubarak, two of them were Islamist, and they were precisely the big winners. No training even included nuances of Coptic ideology.

The exclusion of Coptic Christians in Egyptian political life is evident, despite making up 10% of the population. Although not at all significant, relevant political figures from the North African country such as Butros Ghali, originally from a Coptic family, have reached the pinnacle of international politics. Ghali was the sixth secretary general of the UN (1992-1996). Despite the fact that the Coptic minority has been part of some independent or their own candidacies in recent electoral processes, their result at the polls has not been as expected. In fact, in 2011, three-quarters of Parliament belonged to Islamist movements, and a quarter to secular nationalist movements.

Outside of politics, the American organization Open Doors, en su World Watch List 2021, ranked Egypt 16th in its world ranking for persecution of Christians. According to the report – in which the 50 countries with the highest level of religious persecution in the world appear -, although the Government of Egypt speaks positively about its Christian community, the lack of application of the law and the lack of will of the authorities premises to protect Christians leaves them vulnerable to all kinds of attacks. Although we must not anticipate events. Let’s go back to 2012, the first year of Egyptian democracy in recent decades. Let’s focus on the first democratically elected president in Egypt, –Mohammed Morsi, leader of the Muslim Brotherhood, and let’s take a look at the Constitution approved during his tenure.

On the identity of the State it was specified that “the Egyptian nation is part of the Arab and Islamic nations”, and on religion it was maintained that “Islam is the official religion of the State”, while “the principles of Sharia are the main source of legislation ”, although -Morsi later specified during a speech that respect for the rights and freedoms of all citizens would be maintained. He also promised that a woman and a Coptic would be part of his Government, a promise that he never kept..

April 6, 2013: Four Coptic worshipers die during clashes with Muslims in Al Jusus, north of Cairo. The clashes continued the next day during the funeral, resulting in at least three other deaths.

After the government of Mohammed Morsi, which ended with the coup of State organized by the Army in July 2013, the Egyptian people opted to reorganize the political landscape with a view to a real integration of minority groups, freedom and human rights and, of course, the Islamic de-radicalization of the Muslim Brotherhood government. We can find a clear example of how the situation became untenable for the Copts during the confrontations that resulted from the coup between the rebels and the supporters of Morsi. At that time, as reported by the USA-Today newspaper, up to 40 Coptic churches were raided and looted by groups related to the Muslim Brotherhood. At the end of June 2013, many Egyptians in the street called for the end of the Muslim Brotherhood government, something that became a reality a few days later, on July 3, with the coup d’état and the seizure of power by a Interim government led by Al-Sisi. Since then, the posture of subsequent governments has been much kinder to the Copts compared to their conditions during the Muslim Brotherhood period, although in reality it has been more of a cosmetic operation, as attacks against this community. The Egyptian state later established new bases of citizenship, which stipulate that all citizens have the same rights and receive the same treatment, that religion belongs to God and the homeland welcomes everyone. Likewise, some of the demands of the Christians that remained pending for years have been fulfilled, such as the contribution of the State in the reconstruction of the churches burned by the terrorists – in response to the Al-Sisi coup that ended the Government of Morsi– on August 14, 2013, the promulgation of the regulations for the construction and restoration of churches in 2016, as well as the interest of President Abdelfatah Al-Sisi in congratulating Christians on their festivals. The Government has so far authorized the legalization of the status of 1,800 adjacent churches and service buildings. The Constitution approved in 2014, although it continues to consider Islam as a state religion, guarantees freedom of belief, which would provide some protection to religious minorities in the country.

April 9, 2017: Two attacks take place against the Coptic Christian community in Egypt, coinciding with the celebration of Palm Sunday. Perpetrated in the Mar Guergues Coptic Church, in Tanta, and in front of the Alexandria Cathedral, they were claimed by the Islamic State and caused at least 53 deaths and 204 wounded. Attacks on Copts have caused since 2016 the death of 140 Christians.

However, there is still a long way to go until Coptic Christians live in an effectively egalitarian society. Apart from the reduced government policies, Muslim society is still very disconnected from Christian society, and proof of this is not only the attacks that the Coptic community has suffered since the overthrow of Morsi. All it takes is a visit to the Coptic neighborhood in Cairo, heavily protected by military and Police troops., fenced, fenced, enclosed in its streets, to understand their situation. Almost reminiscent of Native American reservations in the US.

In this neighborhood we come to the end of this journey. We observe the protagonists of our history there, in a state of semi-freedom controlled by the Government, fearful of taking a wrong step. It’s not easy being a Coptic in Egypt. In 2016, in an explosion of sectarian violence, an elderly Coptic woman was harassed and dragged naked through the streets of Karm. His attackers were never convicted.

What is HTTP and HTTPS 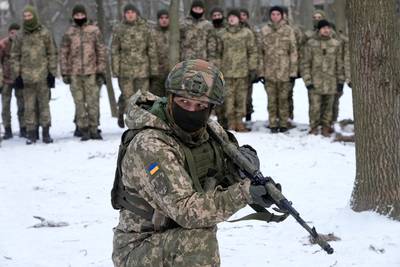 Former Goa CM Laxmikant Parsekar resigns from BJP, was upset over not getting ticket 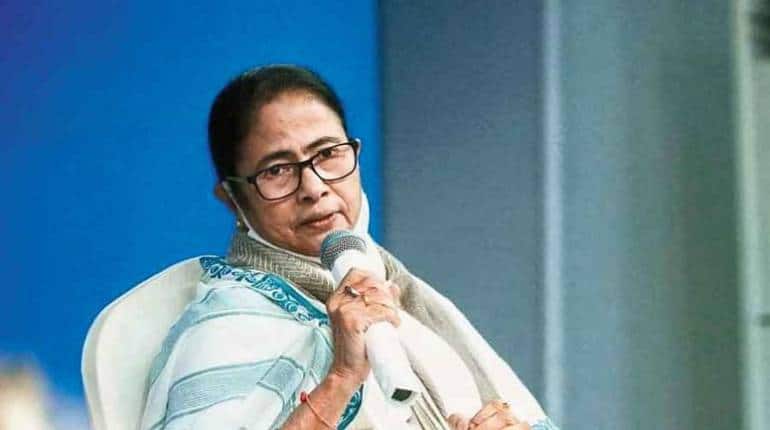 Mamta government will take a loan of 1,000 crores from the World Bank, know where this money will be spent