Tasmina, a fifth-grader from Tambo Tehsil, Naseerabad District, Balochistan, is studying in a school that has neither a wall nor a broken door.

Tasmina said the school’s classrooms lack chairs, sacks and blackboards. There is no water in the washrooms. The roof is broken, and there are problems with electricity, fans and water.

She says that due to lack of drinking water in the school, the students drink water from the pool, which makes them sick and absent from school.

Tasmina said: ‘I want to be a doctor. My question to education decision makers here is whether I can fulfill my dream by getting education in this way.

The girl, who showed a picture of Balochistan’s schools, was addressing the launch of a five-year plan for the province’s education sector.

This plan has been made after a lot of hard work and dedication. In which these basic issues were explored. This does not seem to have any effect on the quality of education in schools.

This is to say that Abdul Khaliq, Chief Planning Officer, Policy Planning and Implementation Unit, who is planning for education in Balochistan, thinks that we are now aware of our problems and their solutions.

Abdul Khaliq told The Independent Urdu in an exclusive interview: ‘Before we had a sector plan in 2013 and now it is another. We still see that some of the issues that were raised earlier are still there.

He said that access to schools, poor education of children and problems of out-of-school children are still there but some improvement has been made.

Abdul Khaliq said: ‘The current plan is different because we have put the student in it. Whatever happens will revolve around it.

To prepare the project, our people went to remote areas of Balochistan and interviewed about three thousand people and got acquainted with the problems.

He said that when the Education for All project came up in 1990, the number of primary schools in Balochistan was increased and schools were opened everywhere.

Abdul Khaliq says that the problem that has come before us at the moment is that the number of primary schools is high. But middle schools are few. This is a problem in most areas. The second is access to schools.

Abdul Khaliq, chief of the policy planning and implementation unit, said the project was linked to the common man in a way that would restore his confidence in the government and educational institutions, and he would send his children to them.

He said the agency is overseeing the project. Who will see if it is being implemented or not and what problems are coming up.

He said: ‘The project has cost Rs 72 billion over five years. The European Union has given us 180,000 euros, the Global Partnership for Education 200 million dollars, and UNICEF 4.8 million euros.

“The provincial government has assured us that it will provide funds for it beyond the provincial education budget,” he said.

Abdul Khaliq said that when we were preparing this plan, it was found out that even today children studying in government schools of Balochistan are not learning. They lack mathematical skills and analytical skills.

“A large number of children, especially girls, are out of school. Gender segregation and the lack of schools over large areas is also a problem. Lack of research also means that there is a mismatch between the real needs of children, the needs of society and the provision of education services.

According to the statistics of the education department, 1,04,242 children are currently studying in schools in Balochistan.

Abdul Khaliq said that the main problem in our research was that at this time we should solve the problem of children’s access to school. Many children do not go to school because they do not have a ride.

He said that now the government does not have enough resources to set up middle and high schools everywhere. So there we will provide transport facility to the students.

Secondly, the government will set up primary schools in areas where they do not exist.

The Chief Planning Officer says that when he talked to the students, their parents and the people of the area, we got a better picture of the problems.

Khaliq says that when so many children are going to school in Balochistan but they cannot study, he has put education at the forefront.

He said that during the assessment of schools it was noticed that there was a shortage of science, mathematics and English teachers in the schools. How can children progress in these subjects if they do not exist?

Khaliq believes that in this five-year plan, he has identified the problems of education in Balochistan and suggested solutions.

According to sector plan documents: “In the survey conducted in Balochistan in 2018, it was stated that the number of girls studying Urdu is 20%, English 15% and mathematics 26%.”

According to the report of Pakistan Multidimensional Poverty Index 2016, the literacy rate in Balochistan is 71%.

Provincial Education Minister Naseebullah Murree, while inaugurating the sector plan, admitted that the education sector in Balochistan was lagging behind. Which needs to be improved.

The Chief Planning Officer said that like the previous sector plan, it would not be affected by the change of government. There are also plans for technical training, and according to the United Nations High Commissioner for Refugees (UNHCR) in the province, there are 324,280 registered. There are also many unregistered ones.

A survey by the Society for Community Education Balochistan found that 65 percent of Afghan refugees between the ages of 6 and 18 are currently out of school.

It added that the five-year plan would focus on improving the condition of schools for Afghan refugee children, providing textbooks in Pashtun and Dari languages, and educating girls through community mobilization.

When asked about the five-year plan, senior government school teacher Karim Bakhsh Jattak said that for any project, it is necessary to first enable the teacher to understand the requirements of modern times.

Karim Bakhsh Jattak told The Independent Urdu: “Basically, it is important for teachers to be impartially trained and that is what they will teach their children unless they are aware of it.”

He said: “Since the focus of education is the child, it is important for us to know what environment and family this child belongs to. Now I have also seen children who do not come home from breakfast in the morning and some of them used to roar during the assembly.

Karim Bakhsh said that until we get acquainted with the family background of a child, it will be difficult to mold it.

He said that the other major problem faced by the teachers is the teaching materials. In which chalk, board etc. are found but other important things are not available.

Karim says: ‘If we are teaching a child that this is a royal mosque, it is so big and it has so many doors, then it is necessary for the child to be shown a video or a picture so that this thing is in his mind. Be imprinted ‘

“Similarly, if we are teaching a child that Balochistan is 44% of Pakistan,” he said. Now if the teacher does not have a map, how can he explain to the child where and how big Balochistan is.

Karim Bakhsh says that when we are teaching mathematics to a child, we should have at least geometry so that the child can understand the problems. If this equipment is not available then the result of education will be the same as we see.

He said that the curriculum changes but there is a lack of training of teachers. Which is very much needed so that they can understand not only themselves and children.

Karim Bakhsh says that our current situation is that the goal revolves around completing the syllabus. It is not necessary that all the children in each class be intelligent and even if the number is high then how can you pay attention to the child who is dull minded and who understands after teaching twice. 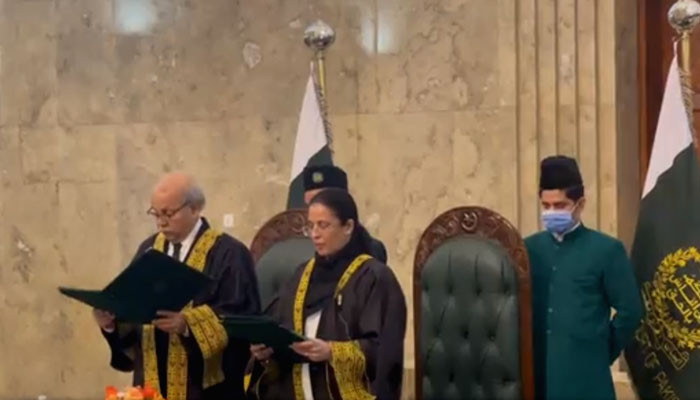 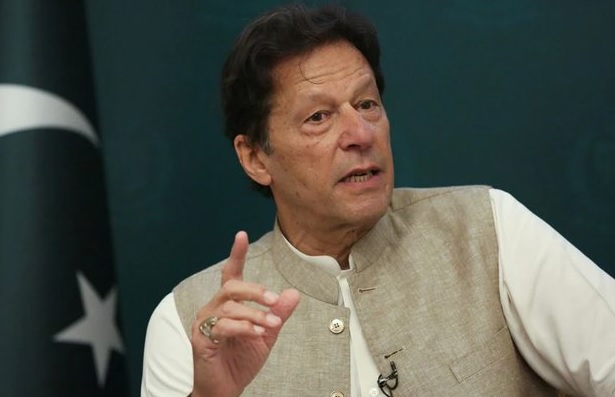